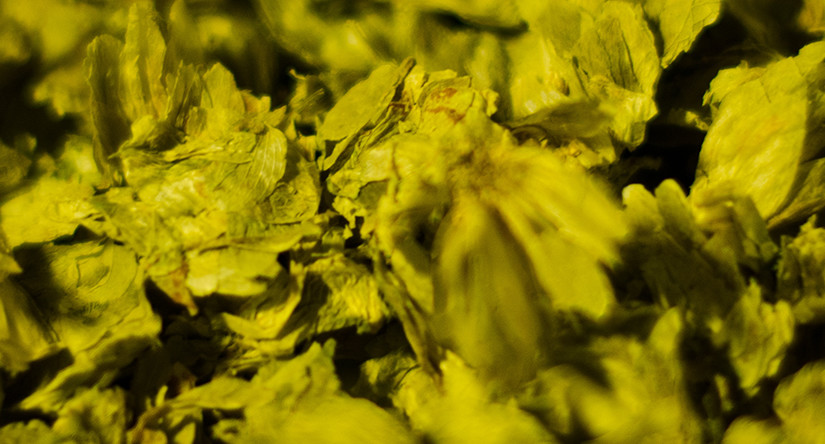 A little knowledge is a dangerous thing

I started homebrewing about a year ago, mostly out of curiosity, but also mostly because of the ridiculous price/quality ratio we have to put up with here in Finland. I bought as little equipment as I could get away with, and so far I’ve made a few small batches (weizen, pale ale, stout) that ranged from reasonable to very tasty, and at a cost (ingredient-wise, at least) below even the cheapest commercial beer.

I still consider myself an absolute beginner at this, but I’ve realised that even an absolute beginner can quite easily make a quality beverage, and learn something about what beer actually is at the same time. I wondered, then, if my self-proclaimed beginner status could make it easier to encourage other people to try brewing for themselves.

Last weekend I attempted to pass on my inexpert knowledge to my friend Heidi, who displayed an interest when she heard that I was homebrewing. Having recently enjoyed some of Plevna‘s Smörre Rye IPA, she wanted to try making something similar.

Challenge 1: find/concoct a recipe for a Smörre clone. This tested sekä my knowledge of brewing että my knowledge of the Finnish language, as I checked local homebrew forums for inspiration.

Friday morning, with vague recipe in hand, we visited the semi-local homebrew supply store (a HSL region-ticket trip out to Myyrmäki and back) to pick up ingredients, but alas, they were out of rye malt.

Heidi mentioned that the first beer she really enjoyed, after leaving the beer wasteland of northern Finland for the US a couple of years back, was a certain Alaskan White Ale . We decided to try making something like that instead.

Challenge 2: After getting a brief description of the beer, come up with a recipe on the spot. But keep it simple… About 50/50 barley malt and wheat? I guess some old-timey noble hops, Saaz? Hallertau Mittelfrüh? Or something. But not too much. Some Belgian yeast – whatever we can find in the fridge. And of course coriander and orange peel. Ok, let’s give it a shot…
(Hey, I guess I have learned something after all.)

(It’s a sunny day in my living room)

On a rainy Sunday in Helsinki, what better to brighten things up than to make it a brewday? I threw my various equipments in a bag, trekked over to Heidi’s place, and we got started.

Challenge 3: Assemble the grain mill that the homebrew store proprietor kindly loaned us, and mill the grain that he kindly sold us.

This was my first time using grain that hadn’t already been milled, so I was curious how it would work out. Once we put the mill together properly (can’t be that hard for two industrial designers to assemble a piece of equipment, right?), and following a little trial-and-error adjustment, it was a quick job to mill our barley and wheat malt. (Since we’re just making a small batch of about 5 litres, we used about 800 grams of each.) There’s something satisfying about using one’s own manual labour to prepare ingredients. Cue Heidi:

“This is so much more fun than just buying beer in the store!”

I should mention at this point that I’m using the brew-in-a-bag method. This lets you make small all-grain (i.e. from grains only, not using malt extract) batches of beer, while saving on equipment costs.

The next step was to bring seven litres of water (in a 10l pot) to about 70°C, sit the brew-in-a-bag bag (like this one) into the pot, and slowly add the grain, while stirring to prevent it clumping together – a process known as mashing in. Which brings us to…

Adding the grains brings the water temperature down a little; the aim is to get to 67°C and stay there for an hour, stirring occasionally. The point of this step is to convert the starches in the grain into sugars. These sugars will later be food for the yeast to eat.

Here’s the nice part of this brewing method. Normally at this stage of the process, the liquid would need to be transferred from one vessel to another, a step that can be difficult and time-consuming. With brew-in-a-bag, though, all you need to do is lift the bag out of the pot, and have the patience and arm-strength to hold it for a few minutes while whatever liquid remains among the grain drips back into the pot.

You can also take the extra step of steeping the grain bag in a second pot of hot water to extract a little more sugar, then adding this water to the first pot.

Now, with the grain bag removed (we’ll come back to the grain later), we were left with a pot full of sugary water. Time to boil.

Getting ~7 litres of liquid to the boil on a regular domestic stove can take a little while, so we played with the hops to pass the time. (Another new experience: it was my first time using whole leaf hops instead of pellets.)

Fun things to do with hops:
1. Make tea. You can also add orange peel.
2. Add them to a leftover Sandels and enjoy an enhanced bulkkilager experience. (Orange peel works here too.)

Once the liquid finally began boiling, we added our hops (10 grams of Hallertau Mittelfrüh, a traditional German variety) and let everything boil for an hour. This concentrates the liquid (a couple of litres will boil off) and makes everything a bit more sanitary. Adding hops right at the start of the boil adds bitterness, which balances the sweetness from the grains.

At the end of the one-hour boil, we added about eight grams of crushed coriander seeds, along with the grated peel of one orange. These should add the distinctive Belgian Wit aroma and taste – and already our concoction began to smell like it should.

After boiling, the liquid needed to be cooled to about 20°C, a low enough temperature for the yeast to live happily in (it’s important to keep the yeast happy!). We took the pot from the stove and placed it in a sink full of cold water to cool.

Back to the grain

While waiting for our brew to cool, we removed the used grain from the bag, spread it out on a couple of baking trays, and put it in the oven at a low heat to dry out. Since we don’t have any cows or pigs to feed, we can use it to make bread instead.

The Final Step – for now

Once our liquid cooled, we poured it, through a strainer to keep out the hops, orange and other material, into a fermenter (i.e. large plastic bottle), and finally added a packet of Belgian Wheat yeast (that we had woken up on Friday after buying it, so it was ready for action).

With what seems like a successful brewday completed (beer nerd info: a gravity reading from the fermenter gave 1.050, just about bang on my target), we packed up and cleaned up, and now it’s time for the yeast to do what it does best.

In a week or two, when it’s finished fermenting, we’ll put the beer into bottles. Then, after another week or so, it should be ready to drink.

That wasn’t so difficult, was it?

Let’s see how it turns out.